I have a lot of coaching interactions that go like this

debater: ok but which one

me: well that depends on these factors, you will have to decide

debater:… but which one

I’m not trying to be edgy, I thin this kind of exchange gets at fundamentally what I think a coach should be doing: guiding.

Example: do you NEED a coach to cut your politics file? No, you could do it yourself. Maybe they will do a better job because they have more time or are more experienced, but you don’t NEED them for that.

So what DO you need a coach for? Basically coaches exist to illuminate blindspots. Some of you have taken drivers ed, others probably haven’t-see this. By blindspot I mean something that you are incapable of seeing given your location- i.e. something is obscuring your view, and your coach who is in a different position can therefore see it better/more clearly. Clarity is a good example, many people think they are being clear but it is hard for them to tell since they know what they are saying, its easier for an outside observer to comment on.

-go get you a drink

this is not really what a coach is for in my opinion. Now, someone could retort 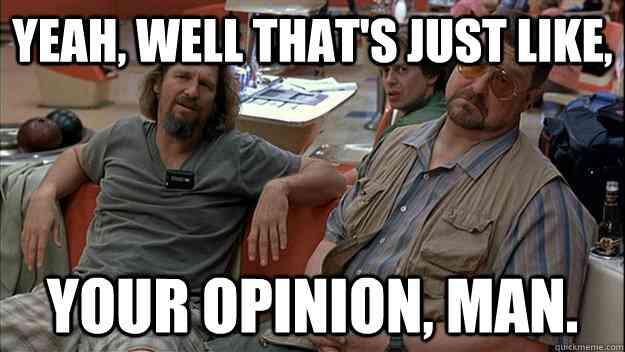 But what I have been trying to explain above is to point out that this isn’t just an opinion in the sense of preference but that it has a logic to it. Imagine you are a top professional athlete- what is your coach doing? They are focusing on a lot of big picture things- making sure the team functions well together- but when they are dealing with you as a player they are reviewing your performance and trying to help you improve by critiquing what you have done in the past.

In this post I would like to deal with number 1, which I will call the “guru”. Now, if you ask a student why they want a Guru they will give you a few answers

AT: X person is smarter

AT: I am insecure about my abilities

So to sum up my case