In our first part on debate and chess I talked about the difference between a “human move” and an “engine move”. Chess computers (engines, the cool ones not this ) make their decisions largely through “brute force”- they try and calculate millions if not more potential moves and pick the best ones. Humans can’t do this (or can’t do it as quickly) so humans have to make moves that reduce complexity- they try to simplify the game once they have established an edge.

While these approaches produce radically different moves in certain circumstances, they generally follow the same simple principles of chess: time and material. These are the ironclad rules drilled into any beginning players head. Material is simple- its the pieces you have at your disposal. Time is a bit more abstract, its not necessarily the amount of time you have on the clock (though that is one factor), time can be “moves” i.e does establishing your defense take moves you don’t have available because you are under immediate threat? Thats time. So even though humans and engines think differently, we are still attacking the fundamental problem within the same system of logic.

Enter AlphaZero. Alphazero is a machine learning program run by Deep Mind. Machine learning is slightly different from AI, and getting into a bunch of tech mumbo jumbo is beyond the scope of this post, so let us crudely summarize the AlphaZero project like this: its an attempt to “let” a computer learn as opposed to “teaching” a computer. What do I mean by this? Well you have probably had different people “teach” you things about debate- in teaching they generally are trying to convey to you something they know or think based on their own personal knowledge. This means that knowledge is “mediated”- i.e what they know is contingent upon what they have experienced (and who they are). You can’t really get “pure” knowledge from another person, what they tell you is always impacted by what they have experienced.

Machine learning is an attempt to avoid this, instead of a human “teaching” a computer to play chess, and bringing to the table all of humanity’s preconceived notions about how the game of chess works, essentially the programmers let AlphaZero know the rules of the game and then they turn it loose to experiment for a set period of time. No one “tells” AlphaZero “here are a list of good opening moves” or “you should try and remain up the exchange”, and so without any of this prior human knowledge (baggage) AlphaZero does its own thing.

This, in and of itself, is not that revolutionary. There is a long history of outsiders “disrupting” games/industries because they lack traditional training and therefore think differently (think moneyball). These things happen along a similar pattern

This happens in debate too- arguments become popular, then cliche, then forgotten, and at that point they are prime for a comeback as the other team is inexperienced with them/might not know how to answer them. In my time in debate I have seen this with de-dev like 5x- people forget about it, it comes back, it goes away, they forget etc.

Garry Kasparov is not only humanity’s greatest ever chess player but its highest-profile victim of artificial intelligence. His loss to IBM’s super computer Deep Blue in 1997 made global headlines and left him feeling bitter and, well, blue. Yet there is a warm glint in his eye when he talks about AlphaZero, the game-changing chess program that took just four hours to teach itself to become the strongest in history. 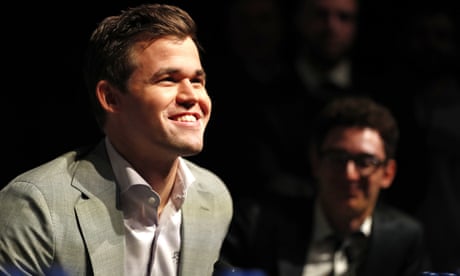 “For me, as a very sharp and attacking player, it is a pleasure watching AlphaZero play,” he said after playing in a charity tournament for Chess in Schools before the London Chess Classic, which runs until Monday. “We all expect machines to play very solid and slow games but AlphaZero just does the opposite. It is surprising to see a machine playing so aggressively, and it also shows a lot of creativity. It is a real breakthrough – and I believe it could be extremely helpful for many other studies in the field of computer science.”

This will quickly get complicated for any non chess player, so let me try and give as simple of an example as I can think of. Usually in chess you want to “trade” pieces of equivalent value- a knight for a knight pawn for a pawn. Sometimes you ‘sacrifice’ a piece- giving it up temporarily either to set up an attack, buy time, or to force a piece to move so you have more latitude.

Now, this makes a lot of logical sense- you don’t want to be losing pieces willy nilly. But like many debate “rules” this rule can become over limiting- its a good general principle, but it obviously has problems. Alphazero, not knowing this is a “rule”, doesn’t follow it. It frequently sacrifices the exchange in ways a human, or engine, would never do. At first even chess grandmasters were pretty baffled by this, but in hindsight its pretty simple. A piece can be “lost” but still on the board- i.e it can be in a position where it can’t really do anything helpful. Alphazero essentially broadened the interpretation of “the exchange” to include not just captured pieces, but also rendering a piece useless. So while to a human giving up a knight for nothing is usually an unforgivable sin, Alphazero gives up pieces and position all the time without capturing anything. Instead it makes moves such that if its opponent wants to take advantage they have to render pieces unusable. So it will be “down the exchange” in terms of it has less pieces on the board, but at the same time it will be “up the exchange” in the sense that it has more pieces positioned in a way that they are useful.

This gets at another chess concept, the Zugzwang, a fancy word that means you only have losing moves- moves that will make your position weaker. Since you can’t “pass” in chess, you have to move, putting your opponent in this position is very powerful. Even if your opponent is currently up the exchange, if they have to make a move that breaks their fortified position it might not matter. If many of their pieces are tied up/ unusable this becomes easier to do.

So what does this have to do with debate? Well let’s start with a simple example. Should you always read FW in the 1NC vs a no plan aff? i think the answer is clearly no- maybe the judge doesn’t like it or you have a better strategy and in that sense adding FW could complicate things/bite you. However, if your better strategy involves some kind of plan inclusive advocacy its possible you may face a fairness based theory argument- do you see where I am going with this? By not reading FW you allow them to make such an argument, whereas if you had read FW they may render some of their pieces “unusable” by reading AT: fairness.

-if you know the other team has a specific add on/impact that they will use vs your CP you want to read arguments in the 1NC that force the affirmative to either read arguments that will take out this add on or at least undermine it. So if you know they have an add on about Bird Flu, read a different disease impact- then if they want to read defense they are hosed or they need to be pretty specific/careful to avoid cross apps

-Prepare for common arguments and bait them- it always baffles me when students say “omg how do I answer conditional ethics bad??”. This is usually nto even an argument, the 2AC just says something like “the CP is conditional, that means its like, immoral or something so that outweighs the disad right?” This argument is terrible and can be deconstructed with a few analytics… or you could read 5 2 card K’s of ethics in the block. Or you can link turn it by cutting Solt cards about why dogmatism not pragmatism is what’s really immoral. Point being- you can turn this “weakness” into a strength by straight turning it.

So let’s think about the “rules” of debate in 2019- i.e what is dominant, and then think about how we can disrupt them

This takes a number of forms, but usually its things like “war won’t kill everyone” or “disease only kills 2 billion”. These arguments are silly because they don’t require a card/can be made better as an analytic, and often attack the worst part of a disad. The absolute worst form of this is the 1AC “framing” contention that is 4 minutes of random defense. While there is a LOT of nonsense here a few general threads emerge

Now all these arguments have substantive answers, but the are all also easily critiqueable- cap vs economic interdependence, liberal peace vs democracy etc. King these args in the 1NC or 2NC does a few things

-draws 1AR fire away from your substance

The answer here is pics. If the aff plan is not what their solvency evidence says, then it should be pretty hard for them to generate a solvency deficit. Now, I can already here you saying “but their plan is vague nonsense, how do we get competition?” You are correct that if the plan says “USFG should” that vagueness makes agent CPs bad/hard to win competition for with most judges. But when the plan says something like “the USFG should eliminate eligibility restrictions on…” competition is easy

-use 2AC T evidence against them to establish competition for your nonsense.

-K open borders aff says borders aren’t just maps/geography- read T, get them to say this, and go for a pic like “personal space” that is impossible to generate offense against and you can find competition cards for.

-aff says “end arms sales to the kingdom of saudi arabia”, read a PIC to end arms sales to MBS with a net benefit that doing so would cause him to be removed form the line of succession-generate competition by reading T direct commercial/FMS as going to a government

The aff has 50 2 card impact scenarios

-the aff is responsible for reps

-the neg can win by proving any rep was bad in a vacuum, they don’t need to disprove them all

Then you just need to pick and choose/collapse in the block- easy as pie.

Disruption isn’t an intrinsic good, but for many of you your approach is to double down on losing strategies. You lost to 40 impact scenarios going for a bad disad and impact defense? Next time lets try 2 bad disads and MOAR IMPACT DEFENSE! Don’t do that.